What does a poppy mean?

The poppy is a symbol of Morpheus, the Greek god of dreams, who lived in a world of his own making. If you have ever seen a poppy in its process of growth, just before it blooms, the bud hangs its head as if heavy with sleep only to rise when it awakens and blooms.

For many cultures, the poppy is a symbol of restful sleep and recovery, remembering those who have fallen in combat, peace in death, and a consolation for a loss.

It speaks to the possibility of recovery. Recovery from all we have lost, the lives cut short and those forever changed, there is hope.

Today we remember the immeasurable sacrifice made by veterans and these peculiar flowers have become a lasting memorial to those brave souls.

So please, take some times today and remember all of those who have come before you. Slow down, visit a memorial, and support those who have sacrificed everything for us.

Follow the link below to access Veteran’s Affairs Canada’s Video Gallery, containing Veterans personal accounts of life in the time of war, first hand experiences in combat and remembering the fallen: http://www.veterans.gc.ca/eng/remembrance/get-involved/remembrance-day/video-gallery

W.O Stinson & Son Ltd. is a Canadian Company and a FAMILY company, which is why the heartbreaking and inspirational stories shared each year by the Silver Cross Mother resonates with us so much each year.

At this time we would like to draw attention to Colleen Fitzpatrick, and the sacrifice her son Darren made, when he gave his life for this country. Please take the time to read the article below (courtesy of the CBC) and remember the families, friends and loved one of all the soldiers who have been lost in battle.

“It’s a place of finality,” she said. “I like to go to places that are positive, where I can feel Darren’s presence.”

Places like the family cabin, she says. In life, Darren would play with his cousins and two brothers every summer there on the shore of Stewart Lake in northeast B.C.

“That’s where I feel his presence. The cabin was his favourite place on Earth, the family cabin, and the new park that’s named after Darren,” she said, referring to the Darren Fitzpatrick Bravery Park in Prince George.

“That’s where Darren would have wanted to be. There’s youth, there’s lots of fun happening. That’s where he would be.” 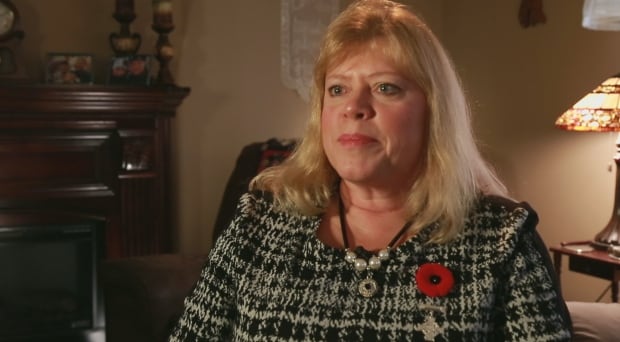 Fitzpatrick of Prince George, B.C., has been chosen as the Canadian Legion’s Silver Cross Mother for this year’s Remembrance Day ceremonies in Ottawa. (CBC)

Cpl. Darren Fitzpatrick was a soldier in the 3rd Battalion of Princess Patricia’s Canadian Light Infantry.

He died after stepping on an improvised explosive device while on patrol near Kandahar City, Afghanistan, in 2010. He was 21 years old.

His mother has been chosen as the Canadian Legion’s Silver Cross Mother for this year’s Remembrance Day ceremonies in Ottawa. 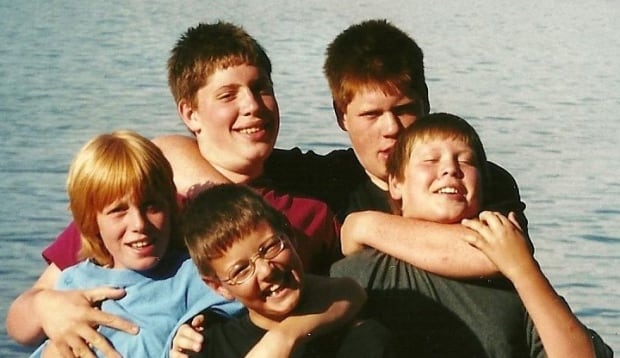 Darren Fitzpatrick (back right) poses for a photo with his brothers and cousins at the family cabin. (Colleen Fitzpatrick)

She will lay a wreath on the cenotaph at the National War Memorial on behalf of all Canadian mothers who have lost a son or a daughter serving in the military.

It’s an honour, she says, but one she expects will include an emotional struggle.

‘The most precious times’

Fitzpatrick describes her son as an inquisitive, fun-loving boy who lived life to the fullest.

His decision to join the Canadian Forces came as a surprise, but upon reflection, she and her husband, Jim, came to understand it. 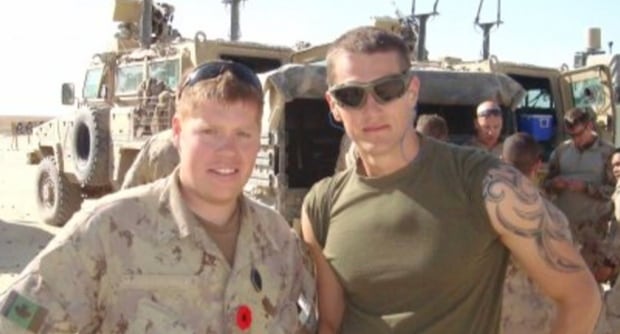 Fitzpatrick (left) was a corporal in the 3rd Battalion of Princess Patricia’s Canadian Light Infantry. (CBC)

“I could see him doing things that wanted impact,” she said. “I was scared, we talked about that. I was a bit nervous but I also wanted to support him.

“He was a redhead. Strong-willed. There was no way we were going to change his mind, regardless.”

Darren enlisted after graduating from high school in 2006. He served four years before being mortally wounded by the IED.

After being wounded, he was stabilized in Kandahar and flown to Landstuhl, Germany, where he saw his parents and brothers one last time. 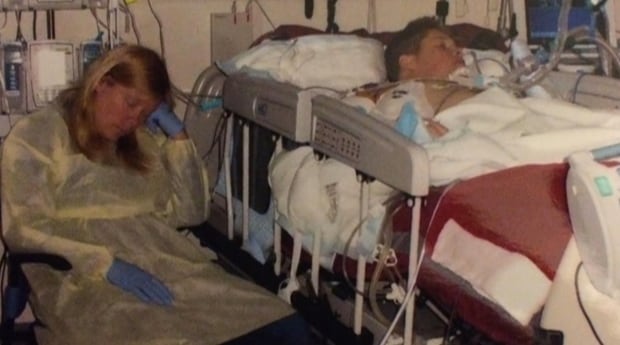 Fitzpatrick sits with Darren in hospital after he was injured from an IED. (CBC)

“We were at Darren’s bedside day by day, hour by hour. He was awake, he was conscious. He had the opportunity to speak with each of us,” she said.

“That was probably the toughest time.… But I would not have given those up for anything. Those were the most precious times that we had.”

Fitzpatrick said Darren’s only request was to come back to Canada and be with his family.

His wish was granted. He died in a hospital in Edmonton.

Darren’s death has left his family with what Fitzpatrick calls an everyday, internal struggle.

She said she’s learned to live her life differently. Her other sons struggle to talk about Darren, but she said they have become compassionate, strong men after his death. 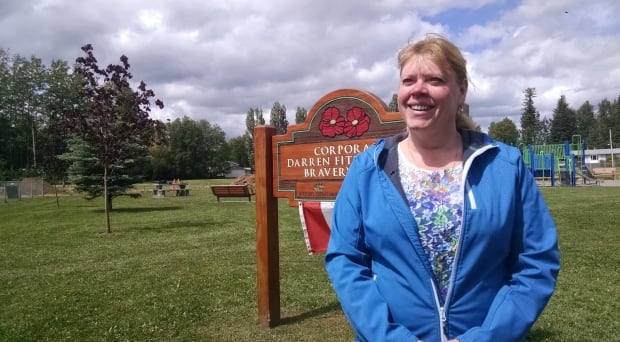 Fitzpatrick poses at the commemoration of the Darren Fitzpatrick Bravery Park in Prince George in July 2016. (Andrew Kurjata/CBC)

“We do have family conversations about Darren for sure, memories and stories. We laugh together,” she said.

“I feel blessed that we had Darren in our lives for 21 years. He’s a very special person and I’m just really joyful that we had that time together.”

Fitzpatrick said she’s humbled to be a Silver Cross Mother and join “inspirational” women who share the struggle that she and her family live with.

She said she wants to send a message about the importance of respect for veterans, deceased and living, when she lays her wreath at the cenotaph.

But it will be a far cry from the way she prefers to remember her son: at the cabin or at his park, with the sounds of children having fun around her.

In Flanders fields the poppies blow

Between the crosses, row on row,

That mark our place: and in the sky

Scarce heard amid the guns below.

We are the dead: Short days ago,

Loved and were loved: and now we lie

Take up our quarrel with the foe

To you, from failing hands, we throw

The torch: be yours to hold it high

If ye break faith with us who die,

We shall not sleep, though poppies grow

Back To Main Blog